On November, 15, 2016 Anna Dupan, director of HSE Institute of Legal Regulation, took part in the conference of the Russian Union of Manufacturers and Entrepreneurs on the development and implementation of new incentives for foreign manufacturers – Special Investment Contract (SPIC), the localization of production, and overall government support of business in Russia.

Anna Dupan made a report titled "Ongoing regulation and new approaches to legal support of the localization processes". Higher School of Economics (HSE) took an active role in the development of the basic regulatory framework and draft legislation on localization and import substitution.

SPIC gives the investing party unprecedented benefits, preferential treatment and other benefits from the Russian Federation, regions and municipalities "in exchange" for a commitment to build or modernize industrial production localized in Russia.

The first SPIC was signed between the KLAAS company and the Russian Federation on June, 17, 2016.

The Ministry of Industry and Trade and the Industrial Development Fund have been working on the issues of localization and SPIC for quite a time now. Applications for SPIC from the following manufacturers (among others) are currently being discussed: Mazda Motor, DMG MORI, KOVOSVIT, Hyundai Motor CIS. 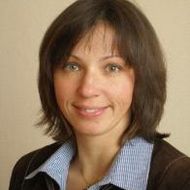