Seminar on the topic of "Liberty to Spy? Peacetime Espionage and International Law"

In his lecture titled “Liberty to Spy? Peacetime Espionage and International Law”, Dr. Asaf Lubin (J.S.D.) presented thoughtful arguments challenging the commonly held scholarly opinion on the unfeasible existence of an International Law of Intelligence. In his argumentation, Dr. Lubin relied on a variety of state practice in peacetime while incorporating intelligence ethics and moral philosophy. 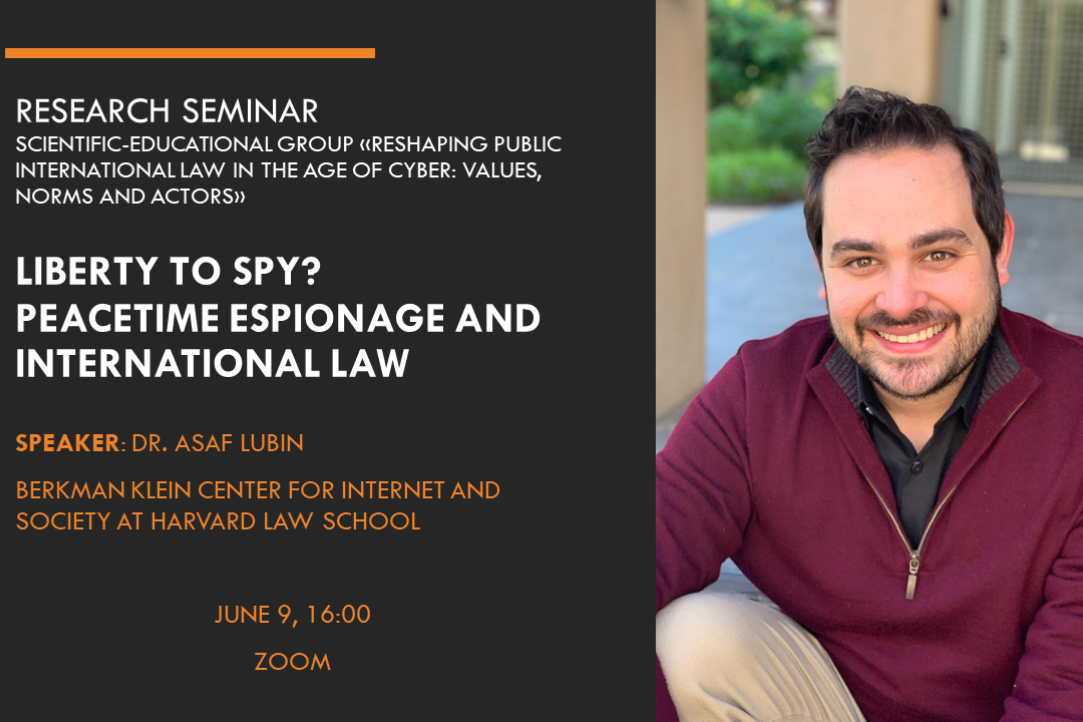 The speaker argued that we do not necessarily need lex ferenda for providing a legal framework to acts of covert intelligence by the states. The current paradigm of the law of the use of force established on the Just War theory and the UN Charter contains the helpful formula of jus ad, jus in, and jus post which can be aligned with states’ espionage operations.

Dr. Lubin’s focus in his lecture was on the hypothesis of jus ad explorationem; a sovereign prerogative to engage in peacetime espionage, stemming from its necessity as a pre-requisite for the operation of key functions of the statist global order, particularly cases of providing the grounds for invoking rules of self-defense enshrined in UN Charter Art. 51.

According to the speaker, the “right to spy” can be derived from the concept of “liberty rights” imposing no legal obligations on third states.