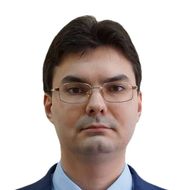 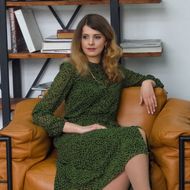 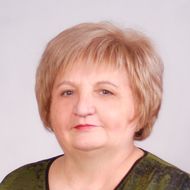 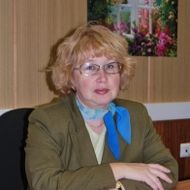 The paper analyzes modern mechanisms and ways of adapting the principles and norms of Islamic law to the regulation of financial relations. Taking into account the significance of fiqh as a legal doctrine that interprets religious prescriptions to the peculiarities of law enforcement practice, the key features of the institutions of Islamic law in the context of the development of the Islamic model of economy are identified. The object of comparative legal analysis in the paper is the jurisdiction of international financial centers as territories with a special legal regime for conducting business, the legal status of which is fixed in special legal acts, which contributes to the formation of flexible instruments of legal regulation in view of the correlation with the norms of the national legal order. International financial centers are presented as an example of the formation of global legal institutions in Western countries, as well as in countries of South-East Asia and the Middle East. The author argues that Islamic finance as a way to adapt the principles of Islamic law to the regulation of business activities is a mandatory element of the legal environment of international financial centers.

Nowadays the growth of courts’ caseload is usual for most jurisdictions. However, post-socialist countries have extremely high rates of caseload. Authors prove that main reason of such caseload is more ineffectiveness of legal system and court organization as well as unjustified access to justice. This article focuses on the indisputable and small cases in Russian courts. The court system is overloaded as a result of necessity to engage in non-targeted activities. Thus, the judicial system is largely idle to the detriment of its primary purpose.

Article
The right to access to privacy of correspondence and russian judicial practice
Anzhelika Izotova. Legal Issues in the Digital Age. 2021. No. 1. P. 160-168.

Analysis of ways of limiting secrecy of correspondence in Russian judicial practice.

Working paper
THE SOCIAL HISTORY OF LAW AS A FACTOR OF THE RULE OF LAW
Fogelson Y. B., Poldnikov D. Law. LAW. Высшая школа экономики, 2021. No. WP BRP 98/LAW/2021.
The rule of law, understood as ideology and legal rules, is believed to be a competitive advantage of Western civilization, supporting its sustainable development. Yet it can also be viewed as a social norm of citizens who respect the law and follow its commands. How does this social norm emerge in different societies?  This question must be answered through the social history of the law in Western and non-Western societies from a comparative perspective. This paper outlines the main features of comparative socio-legal history and tests it on some significant historical examples. In the first part of the article, the authors propose a functional classification of legal systems into three ideal Weberian types—the law of judges, learned law, and the law of the authorities. It allows us to consider the origin of the social norm of the rule of law. In the second part of the article, the authors trace the transition from the ideal types to natural legal systems and identify the factors that determine the stability of the social norm of the rule of law where it originated. In the final part of the article, the authors conclude that, first, the social norm of the rule of law emerged in the societies where the law had been treated either as a means of resolving disputes (the law of judges) or as the rules of fair, correct conduct (learned law), for example, the Roman Republic, medieval England, continental Europe, and the Ottoman Empire. Secondly, the stability of the social norm of the rule of law seems to be explained by a "triangle" of factors, namely: 1) political competition where all participants understand the inevitability of compromise on the basis of the law, 2) law which is suitable for finding a compromise due to its internal merits, 3) a professional community of jurists who develop and apply law independently of the administration. Such a triangle is possible in any society where the law of judges or learned law prevails and where the majority of participants in the political process are ready to compromise based on the current law.
Book
Альтернативные пути противодействия допингу в спорте
Алтухов С. В., Андрефф В., Ли Х. и др. М.: ЮНИТИ-ДАНА, 2021.
Book chapter
Время отдыха
Сулейманова Ф. О. В кн.: Трудовое право. Особенная часть. М.: Юрайт, 2021. Гл. 5. С. 208-239.
Book
Высотка номер один: история и архитектура Главного здания МГУ. Издание второе, исправленное
Янковский Р. М. М.: Эксмо, 2021.
Book
Договоры коммерческого права. Акты частноправовой унификации в системе источников договорного торгового права
Белов В. А., Мухлисов Т. Т., Нектов А. В. и др. М.: Юрайт, 2021.
Article
Допинг в компьютерном спорте: правовые аспекты
Алексеев С. В., Мельник В. Н. Юридический мир. 2021. № 5. С. 50-53.

The article is devoted to the problems of doping in a young sport - computer sports. A new type of doping is being investigated - technological doping typical for use in e-sports.