HSE Laboratory of International Justice is pleased to announce a webinar with Dr. Kjersti Lohne, the author of the book "Advocates of Humanity: Human rights NGOs in International Criminal Justice" 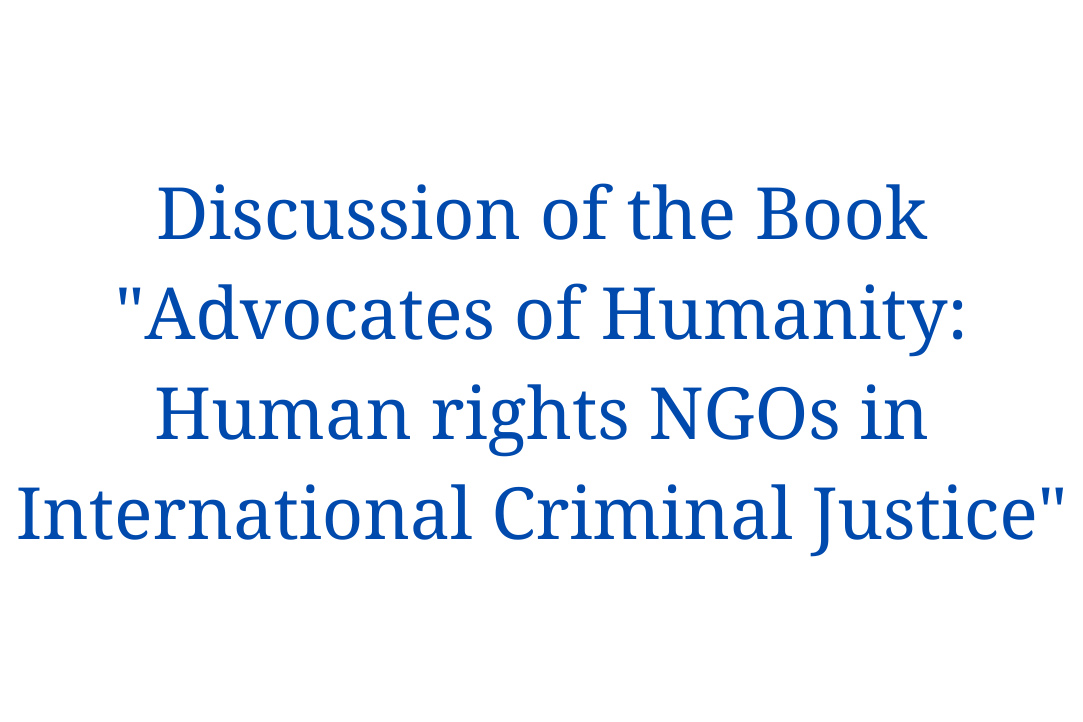 In the recent decades, the expansion of large-scale international crimes, such as genocide and war crimes, has challenged the well-established criminological idea that the power to punish lies within the nation state. Faced with such heinous crimes, domestic legal systems have appeared unable to prosecute the perpetrators and provide reparations for victims, calling for a globalised response to mass violence. The development of the international justice system has changed the concept of penality as capable of moving beyond domestic jurisdictions. New transnational actors and institutions, including nongovernmental organizations (‘NGOs’), emerged as a substantial part of the new global order. Yet, this regime presents a marriage between two rather contradictory approaches to criminal justice: the national one (with vertical relations, headed by a national legislator) and the international one (based on consent between equal sovereign states). This new “hybrid” legal system continues to give rise to a multitude of questions: What is the balance of power between its domestic and international components? What is the nature and paradigm of punishment at the international level? Who is the punishing authority in the global justice and what are the sources of its moral authority? And, ultimately, is such justice truly global?

In her book Advocates of Humanity Kjersti Lohne engages with these complex questions, yet, not through a traditional legal-political science approach that dominates the current debates and scholarship, but adding a sociological dimension, where international penality is viewed as part of social structures. This approach enables the author to examine justice institutions through interaction between various actors of the international justice system, empirically delving into the issues of their motivations, class, and perceptions. In particular, the author focuses on international human rights NGOs – the “advocates of humanity”, who appear to be the key actors shaping the conception of punishment and, ultimately, defining the moral authority of international criminal justice’s ‘epistemic community’.

The book makes a valuable contribution to the field. It represents an authoritative voice and a basis for the development of a sub-discipline sociology of international criminal justice. The audience will understand the author’s in-depth research process and will be fascinated by powerful conclusions which make up the core of the book.

If you are willing to get a copy of the book, you can email to poli.malkova@gmail.com.