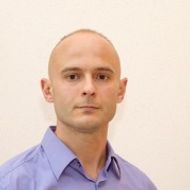 The article is devoted to the consideration of the concept of commorientes in French and Russian inheritance law. The commorientes are individuals, entitled to inherit, reciprocally, to each other and considered to have died at the same moment, from the inheritance’s point of view. The commorientes do not inherit reciprocally. The work focuses on how French and Russian law determine the notion of commorientes. Inheritance rules, regarding the commorientes in France and Russian Federation from the beginning of the 19th century are analysed; subsequently, their current versions in force in the French Civil Code and the Russian Federation Civil Code are compared. Particular attention is paid to the issue of the time of the inheritance opening. In the Russian legislation this issue has not been unambiguously resolved for a long time. The article presents the evolution of the Russian and French rules on inheritance after the commorientes. In French law, presumptions of survival have been in effect for many years, allowing to determine the sequence of deaths of people who died as a result of the same event. The article contains the rules of the current legislation in France and in the Russian Federation, as well as suggestions for their improvement.

In the article devoted to the review of the S.A. Sinitsyn’s book “General Provisions on Real Law: Comparative Legal Research: Monograph”, the author analyzes numerous new ideas and approaches regarding the concept, essence, features, meaning and place of real law in modern legal systems. The author’s critical comments on the current state of the mechanism of legal regulation of real rights in Russia are evaluated, and additional arguments for the new theoretical and practical approaches proposed in the book are presented.

For a long time, Russian legislation did not allow the possibility of establishing a condition on the “fee of success” in the agreement on the provision of legal assistance. With regard to the provision of legal services by lawyers, these restrictions were lifted in 2019. Removing the restriction on the prohibition of the “fee of success” in advocacy and maintaining the prohibition on the provision of legal services by other judicial representatives creates far unequal rules of the game for these members of the legal community. In the legal literature, opinions are already being expressed that a softening of the approach regarding the “success fee” for lawyers will eventually extend to other participants in the legal services market. The article draws attention to the fact that the amendments to the law on advocacy that have come into force are not subject to application until the Council of the Federal Chamber of Advocates develops a rule on the inclusion of a condition in legal aid agreements, according to which the amount of remuneration 320 paid by the principal is made dependent from the result of a lawyer providing legal assistance. It is concluded that in order to determine the content of these rules it is necessary that they do not contradict the legal positions of the highest judicial instances of our country, take into account the prevailing socio-economic and political-legal conditions, doctrinal provisions, features of the legal services market, as well as analogues available in foreign law and order

The authors of the article that the legal structure of the pledge of the exclusive right to a work of architecture is not completed enough and should be studied and analyzed. When conducting research, it is necessary to take into account the specifics of a work of architecture as an object of copyright, as well as the peculiarities of the exercise of intellectual rights.

In the article of V.N.Sinelnikova, Doctor of law, Professor of the Chair of Civil and Business Law of the National Research University Higher School of Economics, member of the Scientific Advisory Council of the Supreme Court of the Russian Federation (Moscow, vsinel@hse.ru), the features of the use of the exclusive right to patent-protected seeds (selection achievements in the field of crop production), lawfully entered into civil circulation on the basis of a license contract are considered. The author argues that the exclusive right of the patent owner to such seeds is terminated (exhausted) and the buyer can use these objects after the expiration of the license agreement for the production of commercial grain without the consent of the patent owner and without paying him\her remuneration. The opinion was also expressed on the effectiveness of contracts for the alienation of protected results of selection activities, in which the limits of disposal of purchased patent-protected seeds are agreed.

The Chapter considers general picture of soft law in modern banking regulation and supervision and raises the question about achievements and challenges in the course of its implementation. The main problem of the efficiency of modern soft law in global financial governance lies not in the willingness or unwillingness of the countries to follow the standards of soft law, but to a certain degree in the quality of the content of sodt law itself. In fact, modern global soft law in global financial governance is not global in the deepest sense of the word. It is global in that it is developed by the leading industrialised countries, and is being expanded around the globe. But the true globality comes from a different approach - from elaborating the standards which take into consideration not only the desired outcome, but legal realities of the countries, cultural differences between different jurisdictions, with an understanding that the same rules may lead to different and sometimes even negative outcomes in different cultures. The time has come for the soft law of global financial governance to take into consideration not just the technical aspects of the industry, but legal and cultural differences between the countries to develop a set of standards, which not just pursue some important targets, but provide for a balanced financial system, where interests of the parties are balanced when pursuing this important public law objective. Otherwise the soft law may develop into another tool of international pressure, instead of efficient system of regulation.

In this article author analyses the question, who has to prove good faith acquisition of someone else’s property when a vindication claim is submitted. Does the good faith acquisition has to the objection of the defendant or does proving to the contrary constitute an element of proof for the property rights of the plaintiff? The article is based on the analysis of judicial and legislative changes of the Russian law. The author maintains that Article 223(2) of the Russian Civil Code makes a bona fide purchaser for value the new owner — by virtue of the law — of a thing which has been alienated from the owner at his own will, so the plaintiff seeking vindication has to prove the right of ownership; therefore, it is the plaintiff who must prove the absence of the good faith acquisition.. The author explains how to obtain evidence of gratuitous acquisition and/or bad faith on the part of the defendant, and admits that in disputes over the rights to real estate one can refer to a registration case as a source of evidence, while titles to movable property are registered in no single source so proving the plaintiff’s right to it is extremely difficult.

The paper considers the problems of officials’ participation in proceedings on administrative offences as well as unification of administrative procedural legislation, which can be taken into account in developing a new Code of Administrative Offences of the Russian Federation.