Ruslan Nurullaev, junior research fellow of the International Laboratory for IT and IP Law, took part in the workshop on “The present and future of data mining and data sharing in the EU”, held on September 23 at the University of Southampton, UK.

Data mining allows to detect patterns in a large volume of data already known and to extract data, which was not previously known. This simplifies the process of decision-making in many areas of human activity, including education and health: the information obtained as a result of the analysis is intuitive and accessible for interpretation. There are several legal obstacles to the use of data mining, including copyright and personal data protection.

Legislation in this area, both in the European Union and at the national level, is quite rigid, in this connection it has been criticized by researchers. These restrictions have become the main subject of the discussion during the workshop. The participants touched upon the discretion of the states in establishing exceptions in national legislation relating to data and text mining, in accordance with the provisions of Directive 2001/29/ on the harmonization of certain aspects of copyright and related rights in the information society, and also highlighted other relevant issues in this sphere. 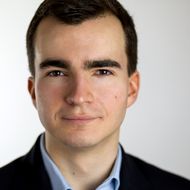