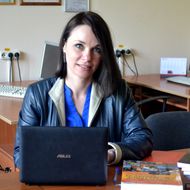 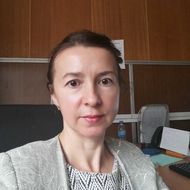 The Transnationalization of Anti-Corruption Law

Article
Is the MPIA a Solution to the WTO Appellate Body Crisis?

Book chapter
In the ocean of anti-corruption compliance standards and guidelines: time for codification?

Event ended
Past ten years of international justice were rich not only in its quantitative, but in its qualitative sense: they have demonstrated a rise of the interstate disputes; the ICC was trying to transcend its perception as a ‘court for Africa’; some highest domestic courts have challenged the authority of the ECtHR, as well as the ICJ, and the CJ EU; the WTO dispute settlement system faced the appellate body crisis, and there have been started intergovernmental talks at the UNCITRAL with a view to reforming the existing investor-state dispute settlement system. Russia was a part and a participant of many of these changes: it experienced several rounds of the ‘Yukos' lawfare’, is facing a growing number of international cases with respect of Crimea, South Ossetia, and the downing of MH17. As a result of the reform of 2020, Russia has become the only state that has set up the competence of the Constitutional court to decide on the enforceability of the judgments of the international courts at the constitutional level. The academic conference ‘International Justice: Looking to the Future’ is thought to take all these processes as the background for exchanging different views on the structured vision of the future of international courts and tribunals, their power and authority, and interrelation with the domestic courts. The use of methods of 'future studies' or ‘foresight’ for international justice should assist in the critical assessment of what should be changed and what should be kept, what should serve as the basis for the re-imagination of international justice, which factors and trends will influence the forthcoming developments. With this aim, the conference will dwell into methodological and theoretical issues of the future of international justice, deal with the interrelation between international and domestic courts, and analyze the peculiarities of development of the ICJ, the ECHR, the ICC and international criminal tribunals, WTO dispute settlement body, Court of the Eurasian Economic Union, and the international investment arbitration.

PROGRAM OF THE INTERNATIONAL ACADEMIC CONFERENCE